An interactive music video we created for Sigur Rós and XL records.

Towards the end of 2013 we were being asked to pitch for work as directors. The film we directed ‘Vinetune’ came to the attention of XL records who contacted us and asked if we would direct a music video for them. We said heck yeah. Our brief: bring to life the Sigur Ros track, ‘Stormur’, in a way that would allow fans to become part of the story. ‘Stormur’ translates from Icelandic to mean ‘powerful gale’ – a type of gale able to alter and change all that comes in its path. Our idea: invite fans to alter the path of the #stormur video by uploading their Instagram interpretation of the song.

This was the first Instagram powered music video on the planet. The music press got behind the site and on day one of launch we had 20,000 views. Our interactive experience went across the globe, and discussed in all sorts of channels including MTV, BBC 6 Music, Stereogum and Pitchfork. The video even has its own page in Wikipedia. The interactive film won an FWA award and was runner up in ‘best interactive music video’ at the UKMVA awards. Concept, Design & Development: Caleb Al-Jorani, Peter Browse, Joe Koprowski. 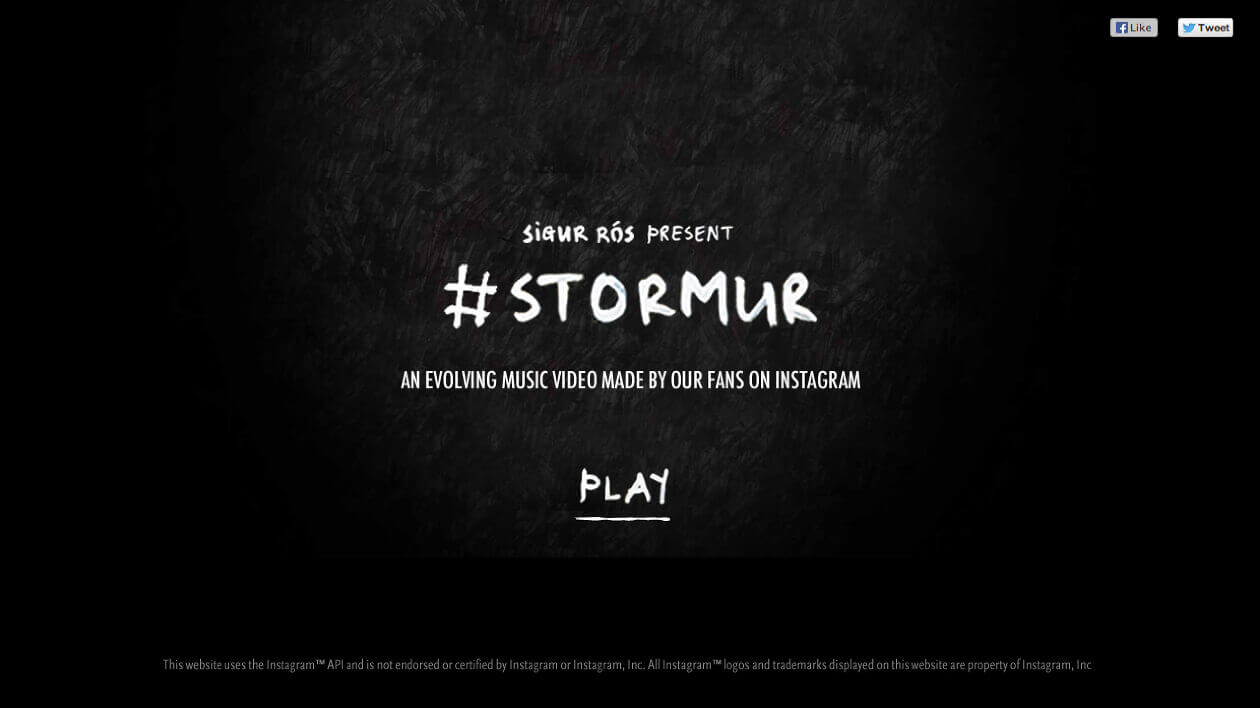 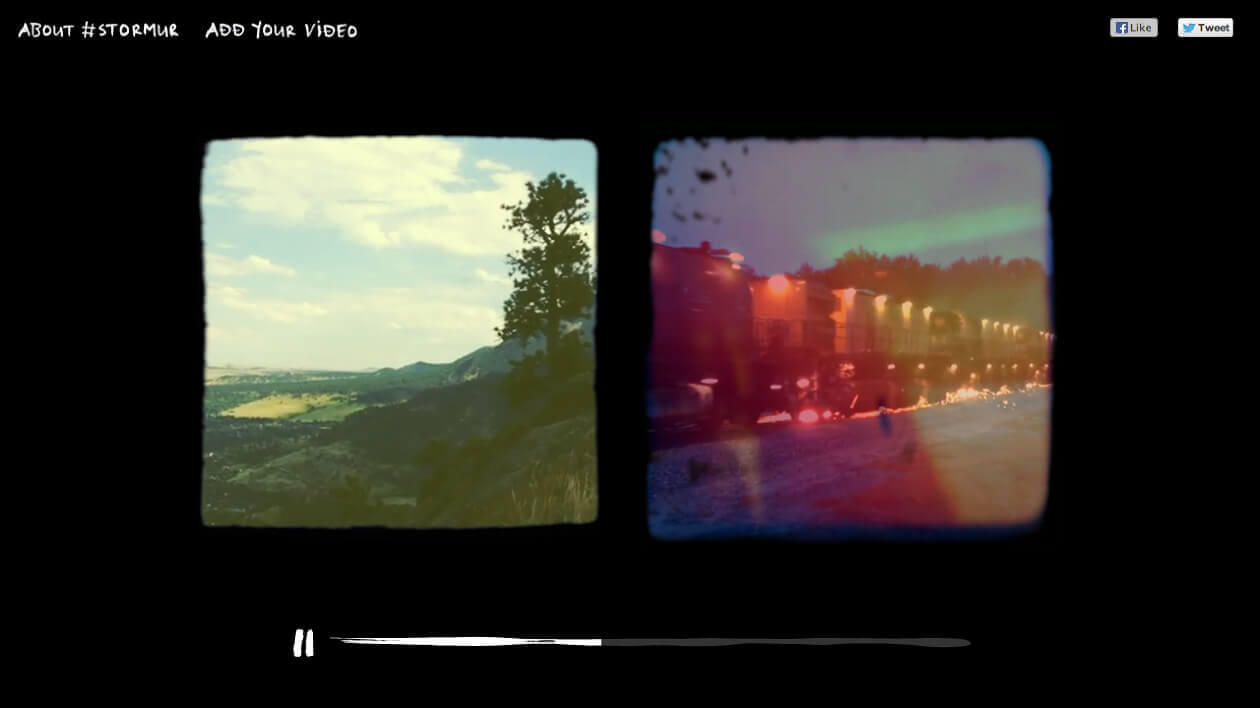