Selected for the 2013 Saatchi&Saatchi 'New Directors' Showcase', Vinetune was the first music video we wrote and directed.

When Vine, the 6 second video sharing platform launched, the internet went nuts. Let’s be the first to get something away for our clients we said. We had a couple of ideas and pitched them to our clients. “Let’s ride this cultural wave!” we cried; no-one was interested. We took our favorite idea – a continuously evolving film – and decided to direct a music video with it.

We called our interactive video Vinetune. How did it work? Vinetune would scan twitter then match appropriately #hashtagged Vine films to our song lyrics. The live video would then continue to reform as new Vines were shared every second around the world. Our self-funded film came to the attention of the media and some rather important social network founders. Vinetune won ‘Site of the Day’ on FWA, and was selected for the Cannes’ famed Saatchi&Saatchi ‘New Directors’ Showcase’, previous winners include Michele Gondry and Spike Jones: we were made up. 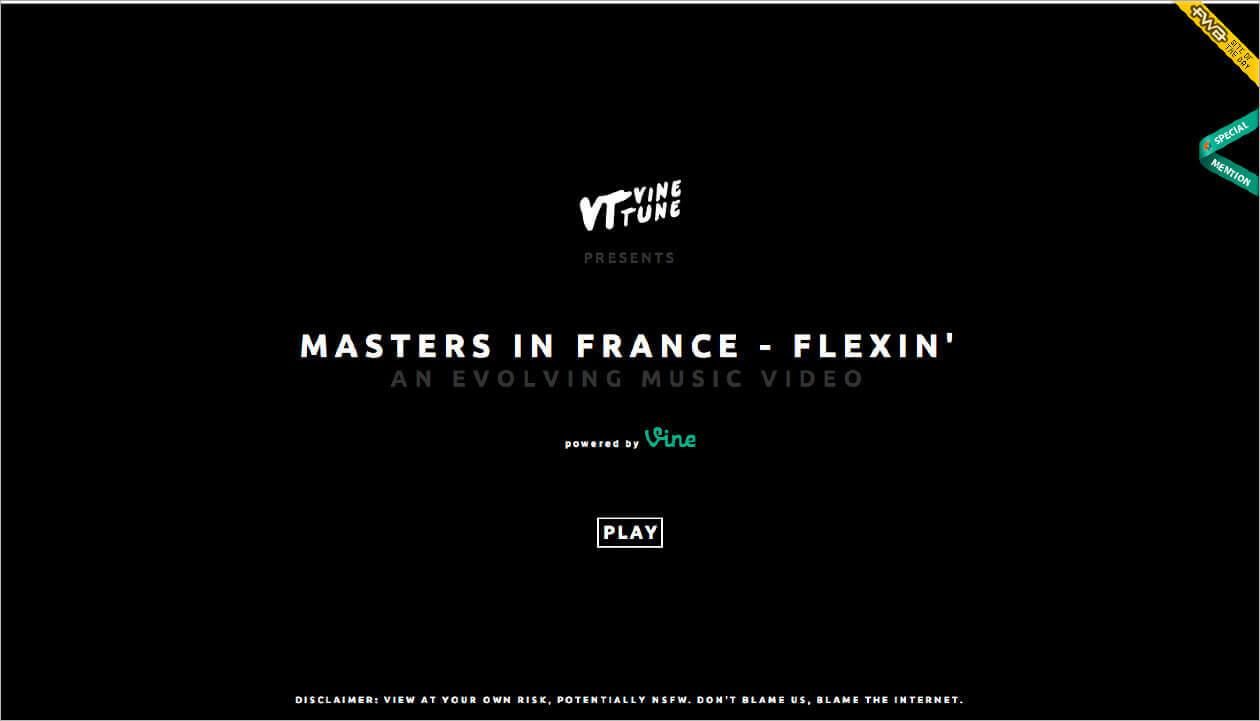 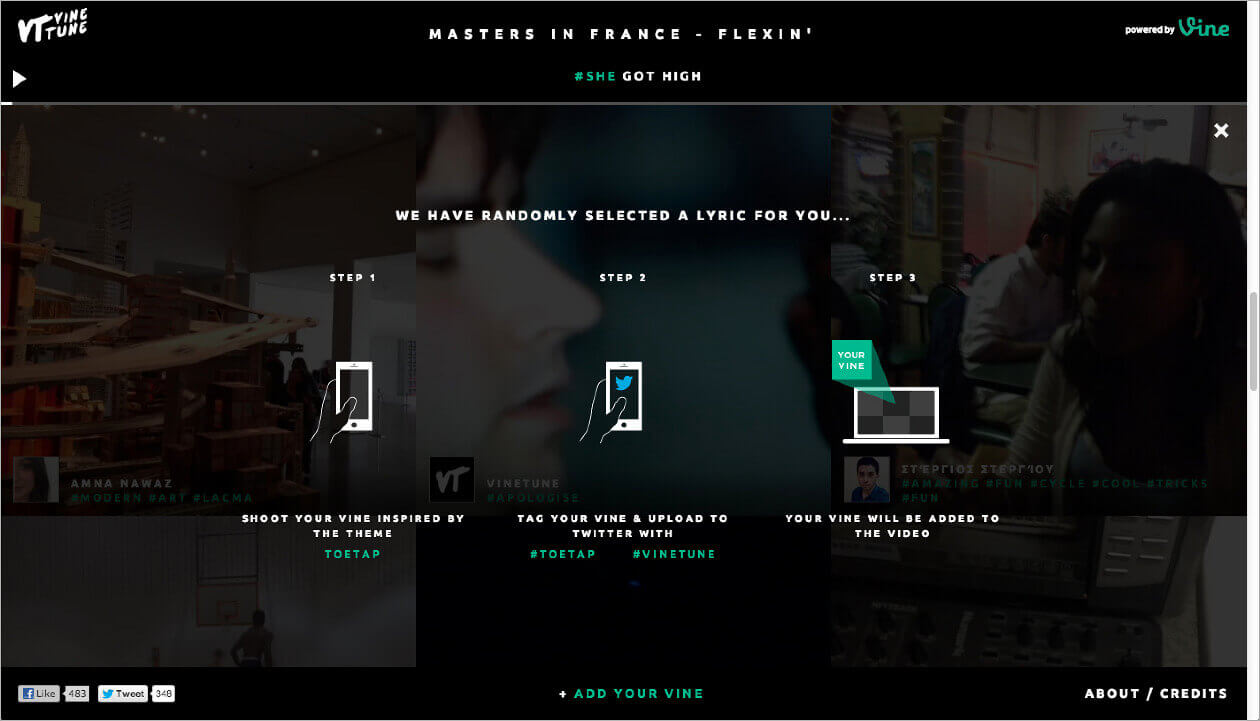