A global campaign for MasterCards sponsorship of Rugby World Cup 2015

44 Days of Crazy celebrated the 44 days when the world turns its attention to Rugby. We created a 44-day calendar of Priceless Surprises that enabled fans to make each day of the World Cup the most priceless ever.

Fans could access our calendar via the official Rugby World Cup App and the MasterCard website. From the site they could discover daily content and competitions. Over the 44 days fans presented man of the match awards, commuted to games in taxis that accepted anthem singing as payment and received discounts from MasterCard retail partners.  A lucky few even won a VIP box at the final.

We launched our platform at Waterloo and Twickenham Station with New Zealand Captain Dan Carter. The activity was reported on the BBC and all the major UK newspapers.

This beast of a campaign had to work across MasterCard’s global network of experiential agencies, social agencies and PR Teams. Creating 44 days worth of content nearly sent us crazy. 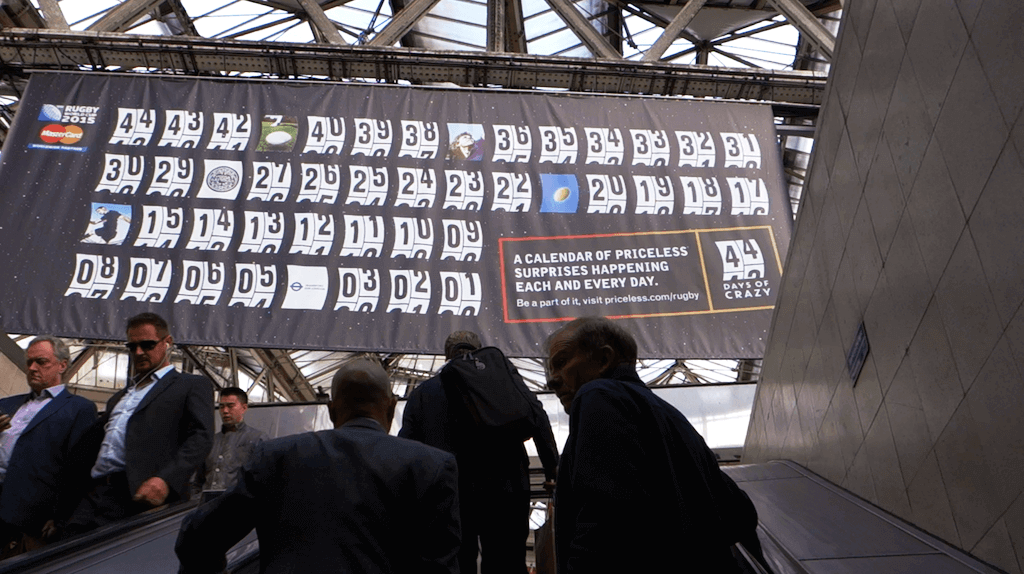 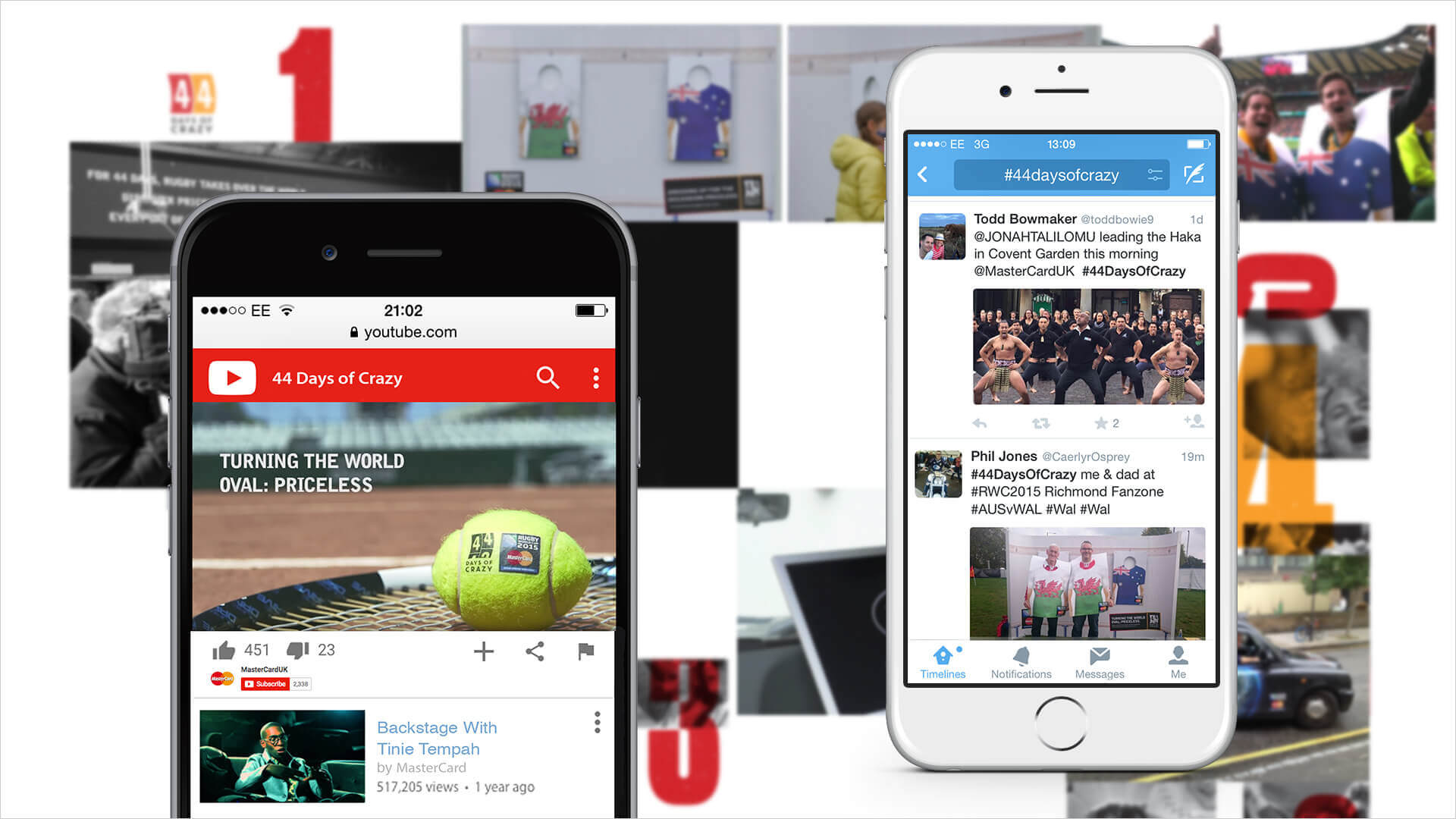 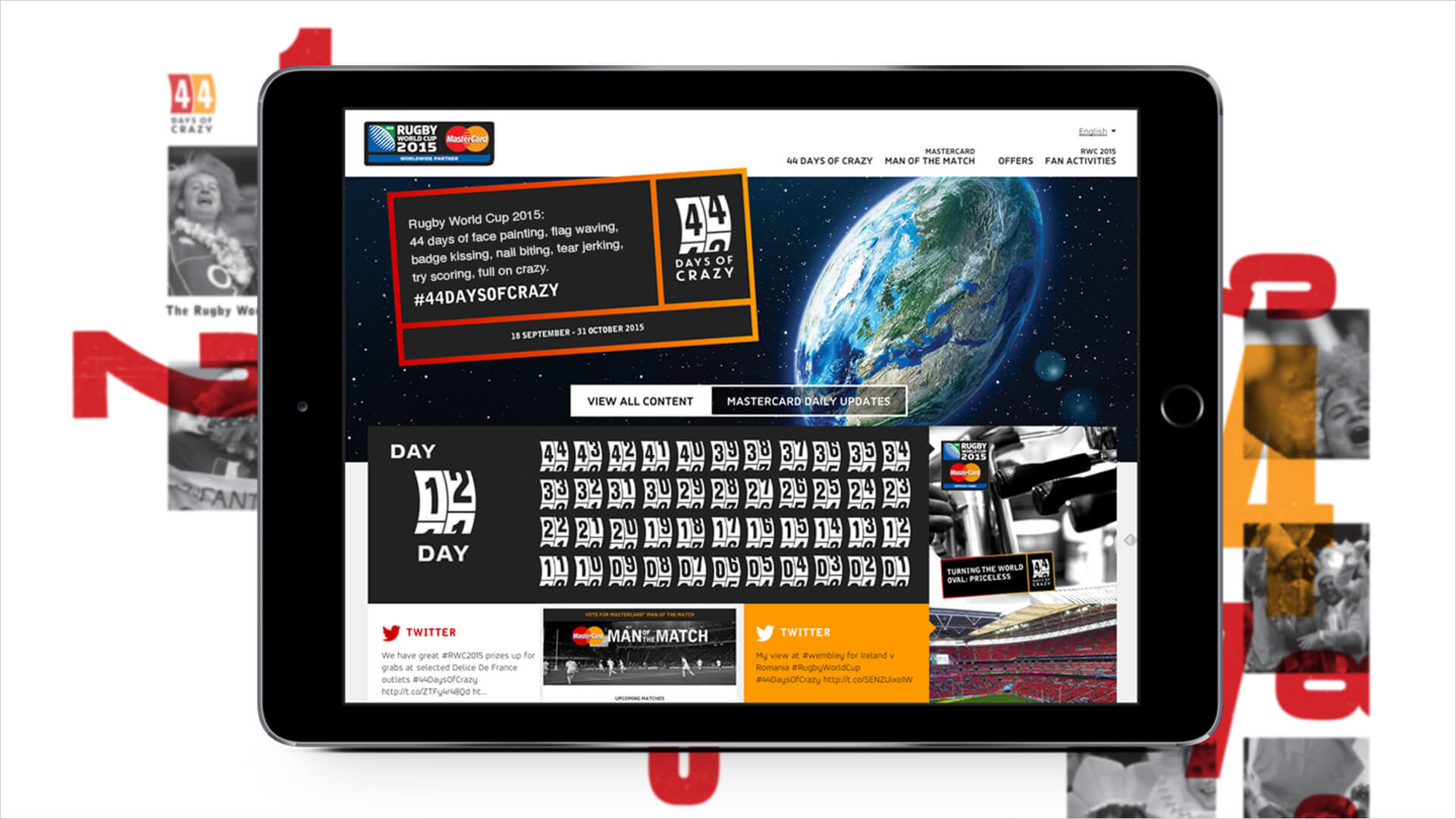 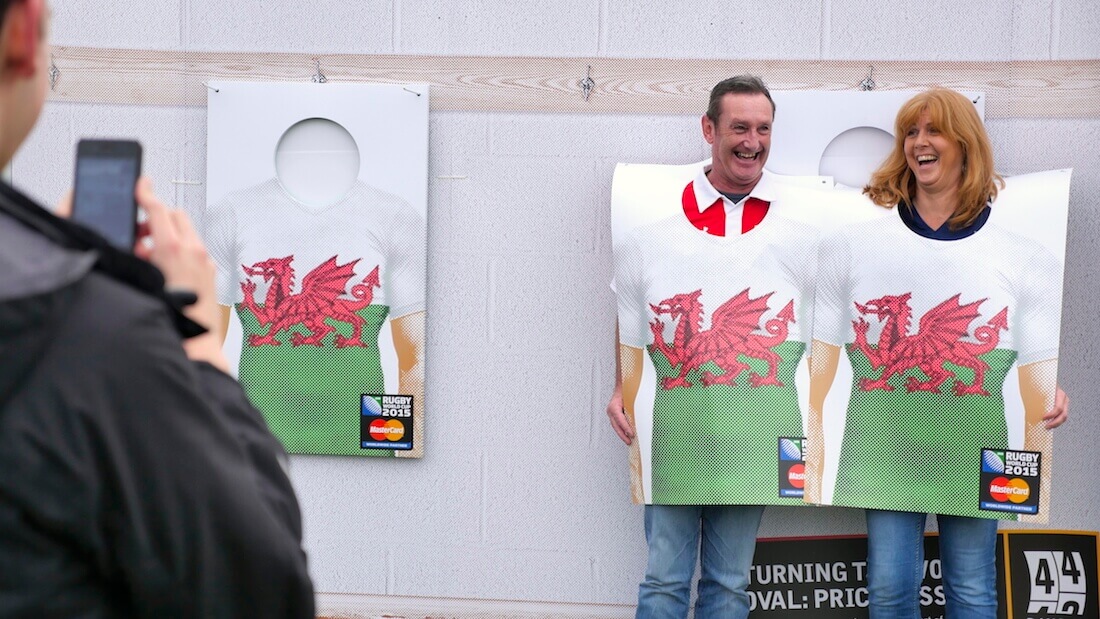 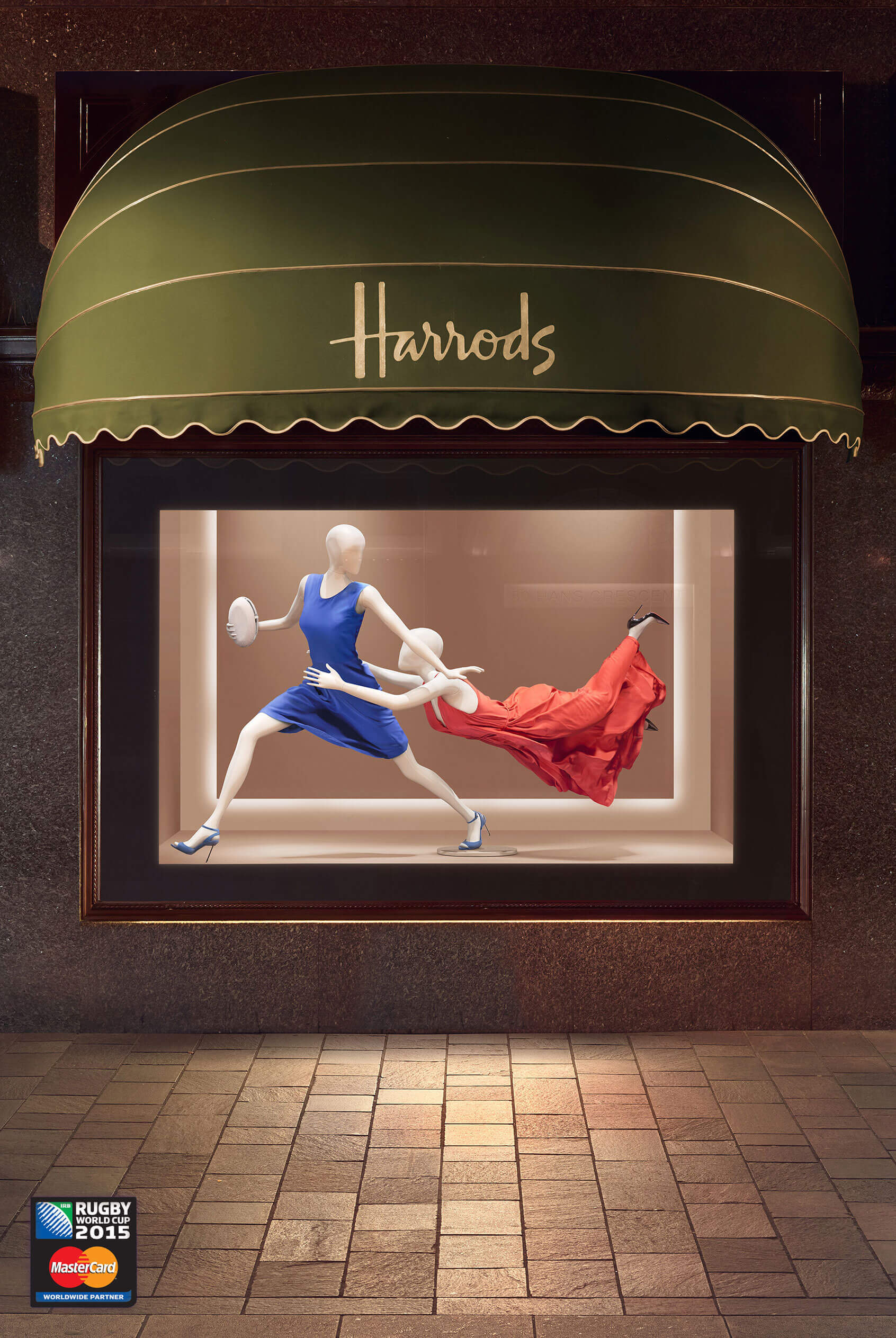